Home » About Our Gear

At Crazy Rays Adventures we use only the best quality equipment available on the market. After years of fishing with subpar gear and weeding through the chaff so to speak we have landed on using Okuma Fishing USA’s top quality products. Here is a breakdown of the rods and reels you will be using on a Crazy Rays Adventures Charter.

Lings in the Gulf of Alaska

While growing up fishing in Alaska captain Crazy Ray realized that the fishing experience could be enhanced greatly by the quality of gear he was using. Stiff meat sticks as they are sometimes called, were the normal equipment used on most halibut fishing boats and they had very little to offer the fishermen other than a means to bring meat into the boat. These rods did little for the overall experience of catching halibut. Countless times we’ve heard people say that catching a halibut was like reeling in a tire or a sheet of plywood. We thought to ourselves, is this what halibut fishing is supposed to be? Perhaps not. After field-testing the Cedros Speed Jig rods we had an epiphany. This is how halibut fishing is supposed to be. Now we’re catching a fish with a rod that features a nimble rod tip so you can feel what is happening on the business end of things and a stout back bone that allows the rod to absorb the load instead of your back. Gone are the days of just winching in another slab for the table, now we’ve changed the game to having fun while doing it. We fish the 5’6” XXH Cedros Speed Jig rods on our boats when bait fishing for halibut now and can honestly say it has revolutionized the way we catch fish. 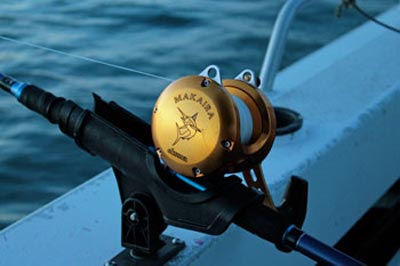 The Penn Senator has long been a staple fishing reel on Alaska charter boats and we grew up fishing with them.

They worked great for years and were the go to reel for quite some time. But something happened in the fishing industry and manufacturers began developing new technology for fishermen.

The reels of the new age began to emerge and they featured increased gear ratios and nifty things like lever action drags and 2 speed functions. All of this new technology was game changer for fishermen. Now a battle with a fish that took hours had been reduced significantly.

These new reels had the mechanics behind them to dish out the pain on a fish and bring them to the boat quicker and much much easier.

Okuma Fishing USA’s Makaira series was born during this time and it is the highest quality reel that they make. After field testing several models of reels we landed on this series as we found out they could take lickin’ and keep on ticking’. 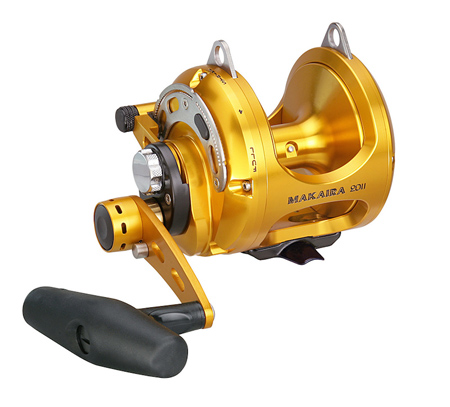 The reel features a machined aluminum frame making it much more light weight than older versions.

It also has a 3.8 to 1 gear ratio when in high speed. That means every full turn of the handle advances the drum 3.8 times. Wow, now we’re getting somewhere and quickly. When reduced into the 2 speed function the internal transmission shifts down putting the reel into a 1.7 to 1 ratio.

It is as smooth as silk when in this gear ratio and our clients have dubbed this the “EASY BUTTON”. No more burning forearms or a back that feels like you need to go to the chiropractor afterwards this reel is getting it done easy like.

Bait checks are effortless with this feature and reeling in a trophy fish is no longer a burden, but true fun.

To activate the 2-speed function on the reel you have to simply stop advancing the reel forward push the button in rock the handle back and forth a bit and then away you go with the next stop being harpoonville. 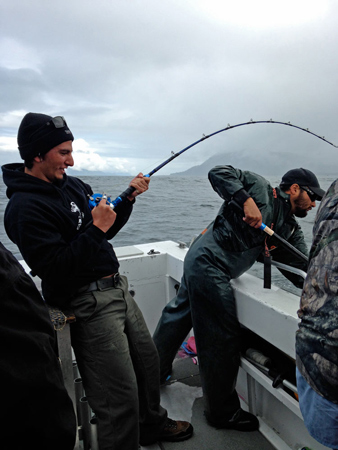 Many times while out fishing we were using the halibut meat sticks to fish for Alaska lingcod and rockfish.

They got the job done but the experience was subpar to say the least. More like a harvesting experience and less like fishing and having fun. We then field-tested the Cedros Speed Jig rods in the MH action.

What we instantly discovered is these rods had a delicate rod tip that allowed us to feel the subtle bites that lingcod can often give.

We started hooking up on fish way more frequently, which in turn meant way more smiles.

The rod also has a stout backbone in it as well, which allows the fishermen to fight the fish much easier allowing the rod to do the work. The light action rod is exactly that, light action, which means it requires far less effort to jig than before.

We can now jig fish longer without tiring out our arms and back. This rod also works great when we are fishing for rockfish because it is so light action you can play the fish more. 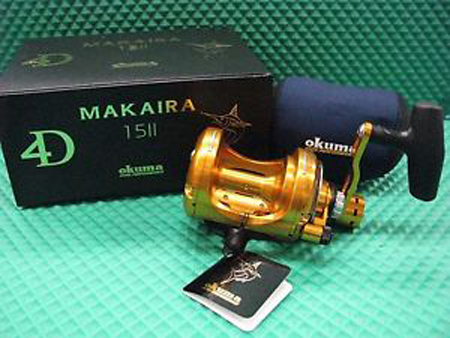 Once we had found the perfect rod for targeting Alaska lingcod and rockfish we then needed to join it to the perfect reel. We began field-testing various kinds of reels and ended up testing the Makaira 15II lever action 2 speed reel. What we found right away was this reel had all the stuff its big brother had and offered a lightweight platform that made it a solid choice. The Makaira 15II has the same 2 speed functions of the bigger Makaira 20II but the machined aluminum frame is easily half the size. It still has more than enough drum space for stacking up line to the tune of 1800’ of braid so when we go deep for giant shortraker rockfish this is the setup we use.

The gear ratio is a bit faster though and this reel clips along at a whopping 4.7 to 1. We can fish this rod and reel setup in the abyss with ease because of these high-speed gears. Because we often hook up on trophy sized halibut while jig fishing we needed a reel that could also take the abuse that these whoppers can dish out. The mighty Makaira 15II does just that and we have successfully landed many fish over 100 lbs with this set up. 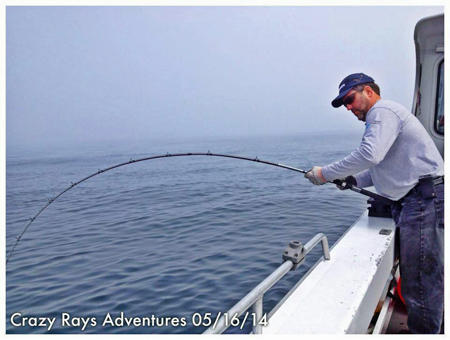 Next on the agenda for us was to find a suitable rod that offered a fair compromise between mooching and trolling. After testing many rods we field-tested the Classic Pro GLT series from Okuma Fishing USA.

Instantly we noticed that this rod had a smooth feel to it allowing us to detect even the subtlest of bites that can often be had by our coho or silver salmon. Then we put it to the real test on our king salmon fishing trips.

We primarily troll for king salmon so we needed a rod that could take the strain that trolling puts on it and still have enough sensitivity that the fight would be enjoyable for the fishermen. The Classic Pro GLT did just that and we have been very happy with its performance so far.

We fish the Classic Pro GLT in the 9’ MH configuration and it has done the job with flying colors. The action of the rod during the fight makes for a great experience. 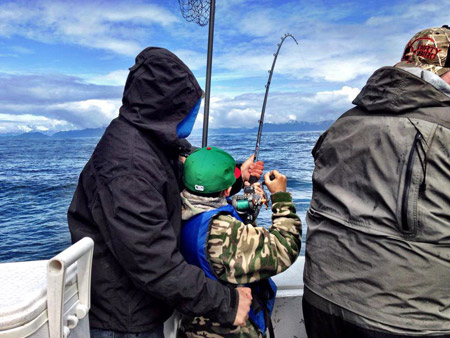 We had been fishing another reel for our first couple of seasons when our Okuma representative asked us if we had heard of the new Coldwater series reels?

We replied that we hadn’t and after speaking with them at length we decided to field test the reels. What we found was that the Coldwater 303D reel changed our fishing success tremendously.

Okuma’s Coldwater 303D features a fast gear ratio of 4.2 to 1, which means we can mooch for salmon much more effectively. Salmon love the chase and this reel helps you get them going.

When trolling, it offers an easily adjustable star drag to keep you from over or under playing the fish. With just a flick of your finger you can adjust the drag to the proper tension. 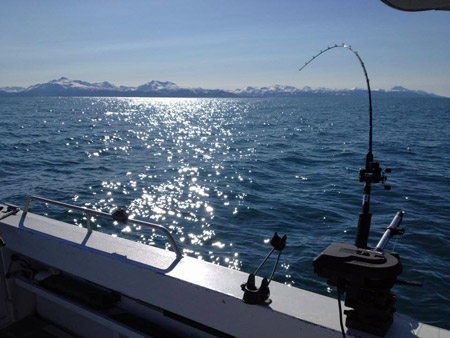 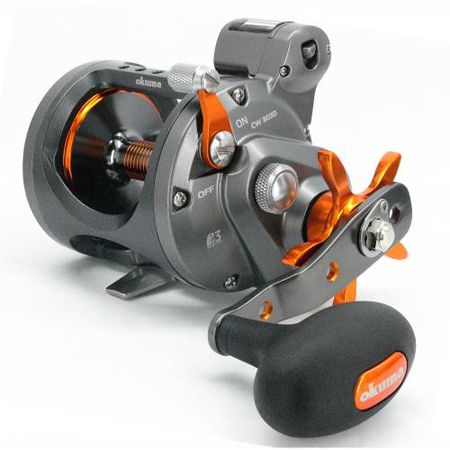